Preparing the Ecosystem to Support a Fashion Industry in Detroit is a Marathon, Not a Sprint 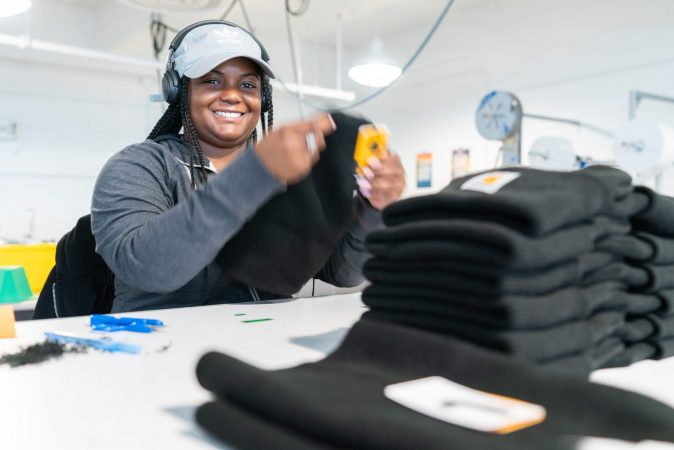 THE STATE OF THE INDUSTRY

When you ask those involved what the fashion industry looks like today in Detroit, you’ll hear pixelated, growing but under-recognized, and underexposed.  To be sure, a ripple has started, a movement is beginning to form, but there are challenges for a city like Detroit that doesn’t have the ecosystem or the credibility in place – yet.

Says Cassidy Tucker, Co-Owner of DEVIATE, “Detroit is not currently recognized for fashion, which is our greatest weakness as an emerging industry. Trying to compete with established, high fashion cities is tough. The narrative is not there yet for Detroit, we don’t have the global eye. Conversely, this is also our greatest strength in that we can develop the industry the way we want to – and we will.”

There is no question that those involved have a passion and relentless drive to put Detroit on the fashion map.

All players want the same thing – to create this nontraditional fashion industry in Detroit. We are not there yet but the pieces of the puzzle are starting to come together. The building blocks are being laid now.

So, what are the challenges, and the building blocks being laid?

According to those involved, the three most significant challenges Detroit is facing are; lack of programming and workforce development, lack of a full supply chain, and overall lack of awareness that would serve to give the city credibility.

Until now, relocation to New York or LA was the path for local talent interested in pursuing work within the fashion industry. Several initiatives and collaborations are forming to change that … to put education and the foundation in place to keep young talent here. It’s definitely a work in progress.

While established brands like Shinola and Carhartt are thriving, we currently don’t have sufficient programming to support entrepreneurs and start-ups and that’s what we are working toward. We need to build education and the career path to get them there – training and mentoring with an eye toward the future.

With a mission to offer education, apprenticeships, and career opportunities, this is the very thing ISAIC was developed to address, and Carhartt has partnered to support it.

In 2018 Carhartt donated 12,000 square feet of prime Detroit real estate, as well as funds for a $1.8 million buildout and a beginning inventory of sewing machinery for the ISAIC factory. This factory puts people on the front line of new technologies and leads the way to advanced manufacturing and innovation while creating solid career paths.

Says Gretchen R. Valade, Director of Sustainability at Carhartt “with ISAIC, we share a mutual passion for Detroit, a shared vision to support the hardest working people in America, and a commitment toward building the workforce and ecosystem to develop and sustain a strong and unique fashion industry here.”

Many uber-popular Carhartt beanies are being manufactured by those in the apprentice program with ISAIC.

Meanwhile, the Boys and Girls Clubs of Southeastern Michigan (BGCSM) is doubling down on the future of fashion in Detroit by partnering with Ponyride, DEVIATE and Detroit is the New Black to present Industry Club. This after-school program has connected over 300 of the city’s youth 15 – 18 interested in design, retail, or fashion merchandising careers to designers like Ruthie Davis and brands such as Moosejaw, and Foot Locker over the past year.

Shares Shawn Wilson, BGCSM President, and CEO, “We’re engaging talent and establishing opportunities for kids in Detroit neighborhoods toward a pathway of being featured in downtown Detroit and beyond – that’s so powerful for these kids and it’s building the future of the industry here.”

Educators are working to feed the pipeline as well. College for Creative studies launched a new fashion design program this Fall. And in a unique trade/secondary education partnership, ISAIC has established a special schedule for a series of classes that convert to credits at CCS.

Furthermore, CCS recently announced a joint venture with the PENSOLE Design Academy, a footwear design academy currently located in Portland OR, which will move to Detroit and relaunch Michigan’s only Historically Black College and University (HBCU) as PENSOLE Lewis College of Business and Design (PLC). PLC will open in 2022 on CCS’s campus. Carhartt and PLC will co-create a Carhartt Certified Masterclass to introduce and inspire Black youth on what it takes to have a career at Carhartt and the apparel and footwear industries. will be involved in onboarding interns and assisting with certain processes with PENSOLE.

Vice President, Strategy and Communications at College for Creative Studies and Executive Director of Design Core Detroit Olga Stella shares, “This is a gamechanger – a huge step in inclusivity that will change the landscape and open more opportunities for all.”

Design Core Detroit, is yet another entity heavily involved in shining a light on Detroit’s design talent. Founded in 2010, Design Core Detroit is a nonprofit that champions design-driven businesses and acts as a steward of the city’s 2015 designation as a UNESCO City of Design, a recognition the United Nations Educational, Scientific and Cultural Organization bestows to celebrate the unique design industries of select cities around the world. Detroit is the only U.S. city to have earned the distinction.

Another way Design Core is showcasing Detroit’s designers is through its Design in the City Program, powered by a $45,000 grant from Gucci Changemakers North America Impact Fund and focused on providing opportunities for fashion and accessory designers, particularly women and people of color.

The design sisters and co-owners of DEVIATE, Kelsey, and Cassidy Tucker have made it their mission to showcase underrecognized Detroit talent, establishing The Lost Artists Collective. Their idea is to pull together “overlooked ideas” and shine a spotlight on them via a shared concept collection encompassing over 50 Detroit designers that will be featured in New York’s Union Square in February, something that’s never been done before. GUCCI CHANGEMAKERS COLLABORATION WITH DETROIT VS. EVERYBODY. TOMMY WALKER

More and more people are taking notice of Detroit’s potential. Last year, Gucci teamed up with Tommey Walker of Detroit Vs Everybody for a capsule collection of T-shirts for the Gucci Changemakers social impact initiative. Then, shocking to many, the world-renowned label Bottega Veneta presented its exclusive Salon 03 show in Detroit in October – a gamechanger for the city.

Further, several Detroit-native designers such as Tracy Reese, Shawna McGee, and Kevan Hall are returning to the city in different ways to pay homage and build up the next generation.

This brings us to our next challenge – the lack of a supply chain. As Detroit gains credibility in the space, opportunities for larger partnerships and funding should follow, opening doors for enhanced technology and a more robust ecosystem. 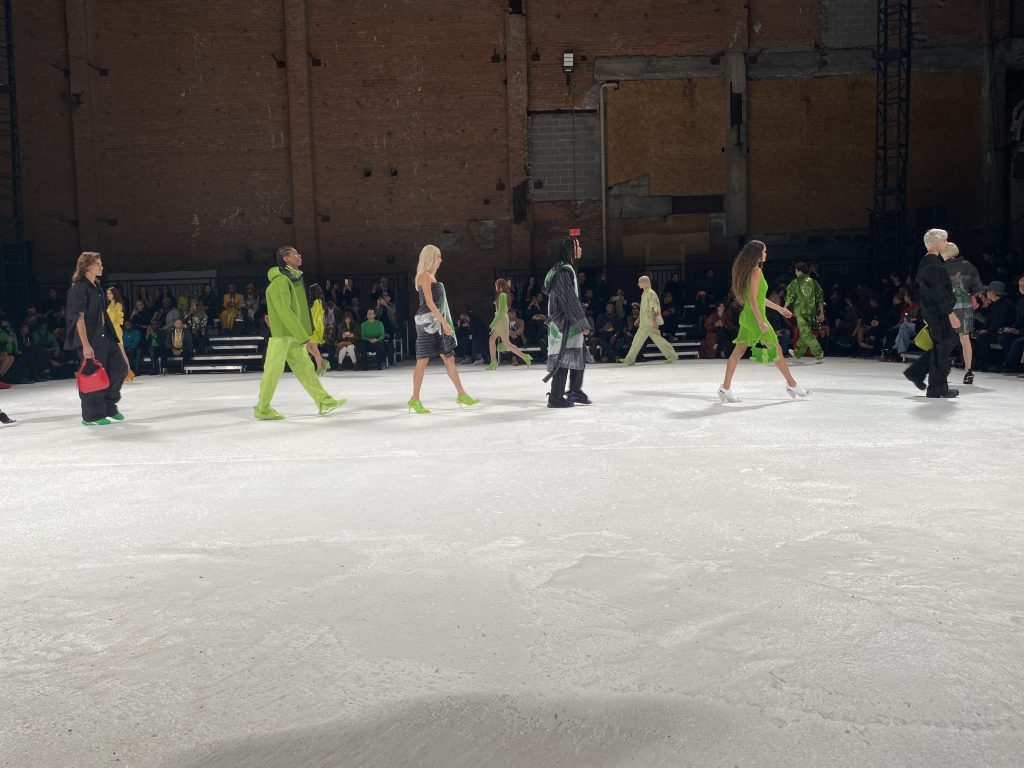 “When Bottega came to town it took a lot of work to set things up to support a great show,” said Valade. “We aren’t set up with all of the right equipment, technology, and skills to turn something like that on a dime, but we’re getting there.”

Stella adds, “We clearly don’t have a tight garment, and designers are now traveling between Detroit and New York to source certain things. This will take time to develop in Detroit.”

Notes Guarino, “The investment Carhartt made in ISAIC is a huge start. It showed the world that the industry is worth investing in here. We need to continue to find partners to invest like this so that we can identify gaps and work on building a centralized ecosystem.”